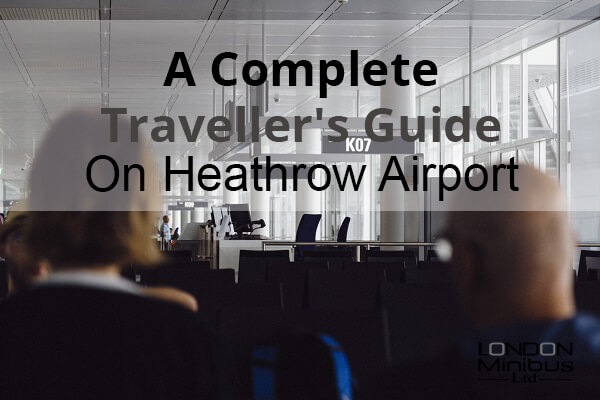 Whether you are off for a family trip, all-inclusive holiday, or work trip, London is a great city to be at. On the off chance that you are travelling for business, timeliness is factor that holds great significance. With airport transfers in London, you will never be at the mercy of public transportation completely. Are you arriving at Heathrow Airport? Read on to find out more about this famous airport in London!

Getting to Know London

What’s special about London? The city’s magic lies in her tourist attractions. It is home to The Tower of London, Buckingham Palace, the gothic Westminster Abbey, St. Paul’s Cathedral, and The River Thames that runs through central London. Did you know that The Tower of London was once home to past kings and queens of England? Yes! It also exhibits crown jewels annually. At night-time, The River Thames is without a doubt beautiful. The London Eye overlooks the river and you can see light bouncing off the water.

For many people, visiting London is a once in a lifetime opportunity. With unique British sayings such as “Bob’s your uncle,” “Chuffed,” and “Cheerio,” why wouldn’t you want to experience them first-hand in the City of London? London is a very welcoming city. It is suitable for all ages, personalities, and genders. In fact, there is so much beauty in the city that will make you want to extend your stay longer than you initially planned to.

Heathrow Airport is a major international airport in London. It is one of the world’s largest and busiest airports, in terms of passenger traffic. There are six international airports that are currently serving Greater London – Heathrow Airport is one of them. In 2017, reports showed that Heathrow Airport handled approximately 78 million passengers, which was over a three percent increase from 2016. The airport is served by 90 airlines and provides services to more than 180 destinations in over 90 countries. Some of the most popular destinations include New York (JFK), Dubai, Dublin, Amsterdam, and Hong Kong.

Heathrow Airport is located 23km west of central London. The airport is built on a parcel of land that is designated part of the Metropolitan Green Belt, which is also located close to the south end of the London Borough of Hillingdon. Surrounding villages include Hatton and Hounslow to the east, Cranford and Longford to the north, Harmondsworth, and Harlington. Heathrow also falls under the Twickenham postcode area. It has the postcode: TW6.

A wide variety of services and facilities are available in Heathrow Airport. They include:

With its proximity to central London, Heathrow Airport can be reached by road or public transport. Some of those options include Heathrow Express, London Underground’s Piccadilly Line, Heathrow taxis and minicabs, and more. Worried about the delays and crowds that often bog down a traveller’s experience? Don’t worry. There are always airport transfer services in London.

Trips Made Easy with Airport Transfers in London

It is all about starting your trip on the right foot. Doesn’t it feel great that you have a private transport waiting for you the moment you alight the plane, and it is ready to take you to where you need to be in 30 minutes, an hour, etc.? On the other hand, it may be the last day of your London trip and you do not want to be late for your flight home. However, you want to do some last-minute shopping before heading to the airport. An airport transfer service can pick you and your loved ones up from a convenient meeting point before driving you to the airport, with all your luggage and bags in!

At London Minibus Ltd, we can take care of your London airport transfers from start to finish. Our standard and executive minibuses are always ready to transport you and your travel companions to any London destination. Call us at 0208 191 7760 or email us at sales@londonminibusltd.co.uk for more information!