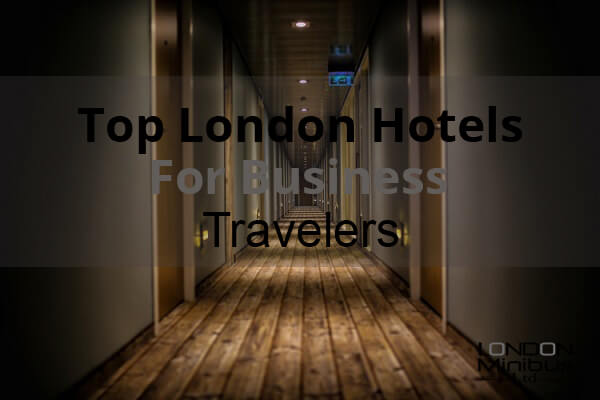 London is both the capital of the United Kingdom as well as its largest city. It plays a key role in global commerce, and as such is the headquarters of a number of major corporations and high net worth individuals. Below is a list of the city’s top hotels for those who require corporate transfer in London.

Situated near the opulent neighbourhood of Marylebone, this hotel is within walking distance of Oxford Street, along with the Tube Station at Baker Street. When entering the hotel the first thing you will notice is the collection Sherlock Holmes related memorabilia which decorates the lobby. The hotel features a bar and grill which serves Mediterranean styled cuisine, and visitors can also exercise in the fitness centre.

The Park Plaza Sherlock Holmes contains 119 rooms, which are arranged over six floors. The area in which this hotel is located is exceptionally quiet, especially when compared to most of London. Regent’s Park is close by, as is the London Zoo, which is about twenty minutes away. Those who wish to do a little bit of shopping will find lots of upscale options at the nearby Mayfair. Every room within the Park Plaza Sherlock Holmes has a plasma television complete with satellite channels, and the views of London are simply breath taking. Equipment is also available for those who want to make coffee or tea. The Wi-Fi is fast and easy to access, and check in times begins at approximately 2 PM. Lodgers may check out at noon and an express option is available for those who need to enter or leave quickly.

This hotel can be found near London’s commerce district and cathedral. It is the ideal option for those who enjoy combining pleasure with business. You can cross the nearby Millennium Bridge to reach Tate Modern, or you can walk near the River Thames to check out the many Borough Market food stalls. Southbank Centre is also nearby, which is most famous for its National Theatre.

Grange St. Paul’s offers a number of amenities, including a spa that is full service, steam room and indoor pool. In fact, its luxuries are so good that many short stay lodgers skip the sightseeing entirely, opting to pamper themselves in the hotel instead. The food and beverages are exquisite, consisting of sushi or sashimi for those who like Japanese cuisine, a brasserie for those who prefer French, and a café and bar. The rooms are spacious and come equipped with a minibar, wireless internet service and mattresses which utilize memory foam. The sheets are made from Egyptian cotton with bathrooms that have separate showers and tubs for soaking. Grange St. Paul’s is one of the city’s largest hotels with in excess of 1,000 rooms which span sixteen floors.

The Chamberlain Hotel is quintessentially English, with a downstairs pub where you can enjoy some ale as well as great tasting food. Like the other hotels mentioned so far, the Chamberlain is well positioned, being a half mile away from the Tower of London and Tower Bridge, and about five minutes from Tube Station. A ship museum called the HMS Belfast is also located nearby, which played an important role in England’s victory in World War 2. The staffs here is friendly, Wi-Fi is available throughout the premises, and patrons can enjoy both aromatherapy and steam rooms, along with an indoor pool that is 18 meters.

Each room in the Chamberlain Hotel is equipped with LCD style television, docking stations for electronic devices, power showers and ultra-comfortable bedding. Lodgers will also have access to room service twenty four hours a day, with spectacular views of the nearby river. The Chamberlain contains a total of 433 rooms which encompass seven floors. The schedule for check in is from 3 PM until midnight, with checkouts being at 11 AM.

This is a contemporary styled luxury hotel that puts patrons in close proximity to a number of attractions, including the London Aquarium and London Eye. The Tube stations are about a five minute walk away, and during your stay you will find the rooms to be exceptionally comfortable. Each guest room contains a bathroom which is clad in marble, along with a television which is flat screen and equipment that can be used for making both coffee and tea. Those that need additional assistance will have access to room service around the clock.

The Park Plaza Westminster hotel is one of the smallest hotels on the list, as it contains only sixty four rooms which are arranged across five floors. However, the quality of its rooms as well as professionalism of the staff is unrivalled.

This fabulous boutique hotel is situated near South Kensington. It is a Victorian masterpiece which has been carefully restored, and is located in close proximity to a number of attractions, including London’s Natural History museum. For business travellers who want to go shopping, the commerce districts of Hyde Park, Kings Road and Chelsea are located nearby. The Tube Station of South Kensington is across the street, which makes it easy for patrons to traverse the city with ease.

The guestrooms of the Ampersand utilize a number of themes, including botany, astronomy, music and geometry, concepts that were of prime importance during the Victorian period. Specific amenities include around the clock room service, high speed wireless internet access, LCD televisions, a safe for storing valuables and films on demand. With regard to dining, the hotel is located near the restaurant Apero, which is highly esteemed for its mouth-watering Mediterranean style food. There is also a wine room where patrons can dine in private while enjoying premium wines. There is also a fitness centre which utilizes a variety of equipment including treadmills, free weights and cross trainers with a digitised screen.